In the midst of all the Kanye West albums, Beyonce releases and Jay-Z hysteria, I doubted seriously whether I would find the top 20 albums of the 2000s. It was a decade in which hip-hop strengthened its stranglehold on Western music, grunge devolved into Nickelback and Hoobastank, and the Black Eyed Peas gave us “My Humps.”  I mean, look at Billboard’s top 5 artists of the decade:

But as I put my iTunes in chronological order, I was surprised to find several jewels that once again reignited my faith in music.  Here they are, the top 20 albums of the 2000s:

20. Accelerate – R.E.M. Okay, this is the musical equivalent of Obama’s Nobel Peace Prize. I award R.E.M. not so much for the album, but as recognition that they have pulled themselves out of their musical slump, as well as a challenge to create even better music during the next decade.

18. Now That You’re Fed – Chris Brown. No, not that Chris Brown. This Chris Brown created beautiful pop songs, the best of which may be the most beautiful song recorded during the 2000s – “Waiting for Caroline.”

17. Twelve Stops and Home – The Feeling. I really wanted to dislike this album (Oh, look! Another retro group!). But with each subsequent song, the Feeling took me back to the 1970s, when I put my portable tape recorder as close to the crackly AM radio as I could to get a decent recording of Queen or Foreigner’s latest single.

15. Garden State OST – Various Artists. I was going to buy this record until I realized that I already had most of it on other albums. Zach Braff and I have the same taste in music.

14. Amanda Leigh – Mandy Moore. Yes, that Mandy Moore. She quietly released one of the best records of 2009, with help from Mike Viola. It’s intelligent pop music that is genuine and well-crafted.

13. The Big Picture – Cotton Mather. Cotton Mather released three fantastic albums around the turn of the millennium, this being their last before they got tired of each other and realized that no one was buying their albums. Another victim of people’s bad taste in music.

12. Kid A – Radiohead. This album was the beginning of the end of my love affair with Radiohead. They left the world of 90s arena rock to explore more bizarre realms during the 200s, but the metamorphosis is fascinating to hear.

11. Bachelor No. 2 – Aimee Mann. Somehow, Aimee’s work after this album seems dull and tired. With Bachelor No. 2, though, you still hear a shimmer of the vitriol that is so clear in Whatever and I’m With Stupid.

10. Hopes and Fears – Keane. Yes, Keane sounded like a retread of mid-1980s U2 and Coldplay, but their anthems were just as emotional. And the fact that they did it without guitars gives them double points.

8. Lurch – Mike Viola. Oh, which Mike Viola album to pick: His autobiographical Hang on Mike? The live acoustic performance of Just Before Dark? His Blue Thumb Demo with the Candy Butchers that finally saw the light of day? No, it has to be Lurch simply because of “The Strawberry Blonde” – the most perfect pop song since he sang “That Thing You Do!”

7. The Guest – Phantom Planet. I scoffed at “California,” the theme song to “The O.C.” But in spite of my attempts to ridicule it, I liked it. And the first five songs on The Guest just blew me away. In fact, there’s not a bad song on this album.

6. Freedom Wind – The Explorers Club. The Beach Boys without Mike Love. That’s what this sounds like. Yes, it’s as good as you’re picturing it.

5. The World Won’t End – Pernice Brothers. How Joe Pernice could follow up a masterpiece such as Overcome By Happiness with this jewel is a testament to his songwriting talent. Again, not a bad song in the bunch. And it’s just as depressing as the previous album.

4. Rainy Day Music – The Jayhawks. After several good, decent albums with Mark Olsen, Gary Louris’ third effort without his partner was a classic. Louris is the McCartney to Olsen’s Lennon. That means Louris can write beautiful songs.

2. SheBANG! – Kelly Jones. With a voice like Kirsty MacColl, her bouncy pop songs leave you smiling. 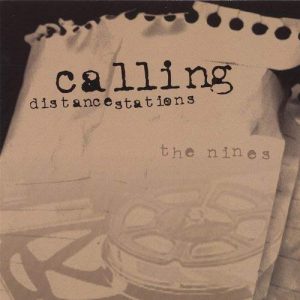 1. Calling Distance Stations – The Nines. I’m afraid any more gushing over Steve Eggers will get me a restraining order before I get an interview with him, but this album is near perfection, featuring three of the best songs I have ever heard (“Drama Queen,” “Mary Jane,” and “Take What You Want”). I am a better person for hearing those songs. Um, was that too overboard?

Happy New Year – here’s hoping Mike Viola replaces Eminem at the top of the Billboard charts for the next decade.