What Happened to A Flock of Seagulls? 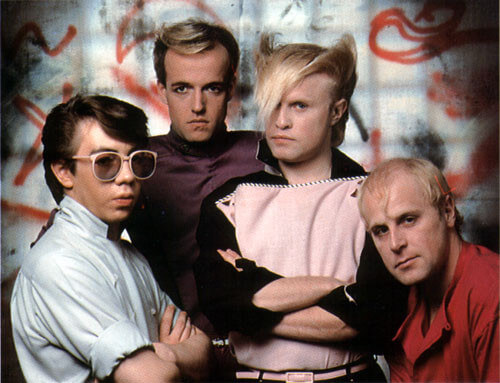 The other day, “Space Age Love Song” by A Flock of Seagulls came on Spotify. My daughter quickly asked, “Hey, isn’t that the band with the fun hair?”

A Flock of Seagulls epitomized the 80s, from their futuristic, keyboard-focused sound to yes, their space-age hairstyles. Their single “I Ran (So Far Away)” hit No. 9 on the U.S. Hot 100 in 1982, buoyed by its presence on the fledgling cable television network MTV. (Interestingly, many categorize the band as a one-hit wonder, even though they had two other Top 40 hits.)

In 1983, the band released its second album, Listen, which yielded the moderate hit “Wishing (If I Had a Photograph of You).” But a third release, 1984’s The Story of a Young Heart, was a commercial flop. Citing mental and physical exhaustion, guitarist Paul Reynolds left the band. He was replaced by Gary Steadman of Classix Nouveau, and the band released Dream Come True in 1986. It was another failure, and the band decided to call it quits.

It didn’t last long. In 1988, Lead singer and keyboardist Mike Score, the one with the fun hair, formed his own Flock of Seagulls with new band members. Over the next 33 years, the band would be a revolving door of members, with no less than eight lineups and more than 25 people. One incarnation of the band released The Light at the End of the World in 1995.

In 2003, the VH1 show “Bands Reunited” got the four original members together for a reunion and a one-night-only show. The band reformed and went on a short tour of the U.S., but then it was back to a Faux of Seagulls, with Score fronting a band of session musicians. In 2011, bassist Frank Maudsley and Paul Reynolds performed at the Croxteth Park music festival in Liverpool using the name “A Flock of Seagulls.”

Mike Score released a solo album, Zeebratta, in 2014. Then, in 2018, the four original members announced another reunion to record their first album together since 1984. Titled Ascension, it featured the Prague Philharmonic Orchestra performing new renditions of their hits. Similarly, in 2021 the band announced they would release another orchestral album titled String Theory, which featured more classical interpretations of their singles. The album is set for release on Sept. 17.

A Flock of Seagulls’ Legacy

Critics are divided on A Flock of Seagulls’ legacy. They happened to be in the right place at the right time, riding the edge of new wave into the U.S. along with Soft Cell and the Human League. The fact that they had a real video helped push them into the Top 10, due mostly to the fledgling network MTV.

The public’s infatuation with Score’s hairstyle led people to shove them aside as an example of new wave’s style over substance. Lee Zimmerman of the New Times Broward-Palm Beach wrote, “Their gravity-defying pompadours — hairstyles seemingly at odds with any sense of taste or logic — and obvious penchant for garish get-ups provoked the ire of critics and cynics and became synonymous with ’80s indulgence. Style seemed to mean as much to the band as its music, and in turn, it discouraged many pundits from taking the band seriously.”

But at the time, A Flock of Seagulls sounded like the future. We in America had heard very few synthesizers, and along with Reynolds’ distinctive guitar playing, they sounded indeed like a new wave of music. That, plus fun hair, equals a pretty good legacy.