What Happened to Thomas Dolby? 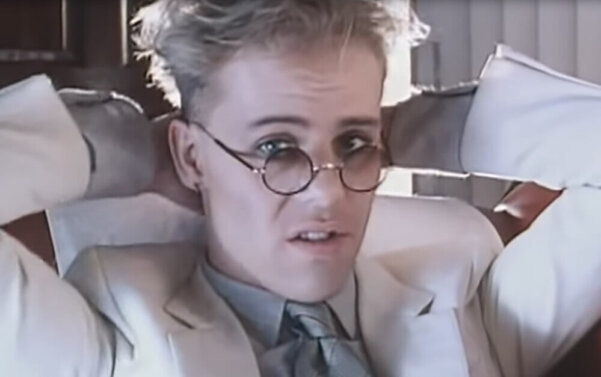 In 1982, Thomas Dolby had everyone shouting, “Science!” His single “She Blinded Me With Science” went to No. 5 in the U.S. and established the producer and keyboardist, born Thomas Morgan Robertson, as a pioneer in the burgeoning new-wave/synth craze that was hitting pop music.

The accompanying music video featured cameos (and exclamations) from the famous British scientist and TV host Magnus Pyke, who delivered the famous word “Science!” and the line, “She blinded ME — with SCIENCE!” Americans couldn’t get enough of it, but record buyers in Dolby’s homeland of the U.K. didn’t agree, lifting it only to No. 49.

Fame was fleeting; Dolby was a true one-hit wonder, with no other singles ever hitting the U.S. Top 40. But that doesn’t mean Dolby’s career ended in 1982. Although he is no longer recording music, he has had a lasting impact on the music industry. Let’s find out what happened to Thomas Dolby.

Dolby released the follow-up to his hit LP The Golden Age of Wireless, titled The Flat Earth, in 1984. This time the album did well in the U.K., peaking at No. 14, and the single, “Hyperactive!”, reached No. 17.  But he couldn’t follow up the success in the U.S.

Then Dolby committed what amounted to career suicide by penning half of the soundtrack to one of the worst commercial theatrical failures ever — Howard the Duck. The movie was nominated for seven Razzie Awards and made $15 million at the U.S. box office — about half what it cost to make it.

After another soundtrack — music from the movie Gothic — 1988 saw the release of Dolby’s Aliens Ate My Buick, quite possibly the nadir of his creative work. It was critically panned and was a flop in record stores. It was a change in direction, with heavy disco and funk influences — neither of which were popular in 1988.

After another album in 1992 (Astronauts & Heretics), Dolby took a break from recording, opting instead for business and technology. In 1992, the Guggenheim Museum asked him to design and install a sonic virtual reality experience. Users playing with “The Virtual String Quartet” found themselves in the middle of a string quartet playing a piece of music by Mozart. When they got closer to an instrument, the instrument got louder.

Dolby formed his own interactive audio company, Headspace, in 1996. The software Headspace used was called Beatnik, and it came bundled with one of the first Internet browsers, Netscape Communicator. The company was renamed Beatnik, Inc., and eventually found a niche creating software synthesizers for mobile phones. 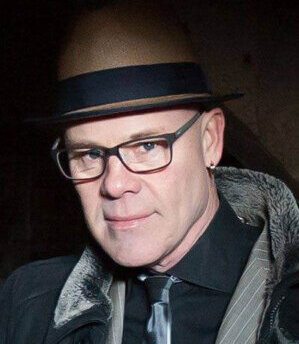 From 2001 to 2012, Dolby was musical director for the TED Conferences, providing live musical introductions to the talks. He returned to music in 2006, performing a surprise solo show in San Francisco, California in January 2006. He followed that with a U.S. tour that same year, some of which made it onto a live CD and DVD called The Sole Inhabitant. The DVD also featured a 30-minute interview and a lecture by Dolby at the Berklee Performance Center at Berklee College of Music.

In 2010 he released his last studio album to date, called A Map of the Floating City. The album, which featured appearances by Mark Knopfler, Regina Spektor and Imogen Heap, was the soundtrack to an online multiplayer game of the same name. The game was set in an alternate history and ran from June to September 2011. The group that won the game received a private concert from Dolby

In March 2014, Dolby was named Homewood Professor of the Arts at Baltimore’s Johns Hopkins University. In March 2017, the university announced that Dolby would lead a new four-year undergraduate degree program, Music for New Media, at the Johns Hopkins’ Peabody Conservatory. The program is designed for music students who are interested in composing and producing music for non-linear entertainment such as computer games, virtual reality, augmented reality, and 3D spatialized sound for location-based experiences.

And so Thomas Robertson, who played a deranged scientist in the video for “She Blinded Me With Science,” actually became a true academic. Well done, Professor Dolby.

1 thought on “What Happened to Thomas Dolby?”