What Happened to Bananarama? 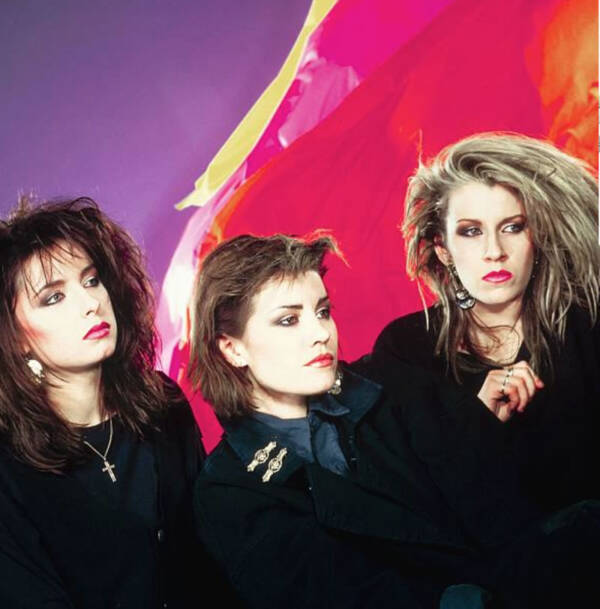 Perhaps no other band personifies 80s culture and style than Bananarama, whose New Wave tendencies were not only inherent in their music but in their videos and their style (Aqua Net, anyone?) as well. They had numerous Top 10 hits in their home country, the U.K., and then came over to the United States as part of the British Invasion, scoring three Top 10 hits, including the No. 1 smash “Venus.”

But what happened to Bananarama after the 80s British Invasion subsided?

First, a little history. Bananarama began as a trio in 1981 by Sara Dallin, Keren Woodward and Siobhan Fahey. It didn’t take them long to hit the charts; “Shy Boy” hit the U.K. Top 5 in 1982, and two years later, they had their first U.S. Top 10 hit, the timeless classic “Cruel Summer.” The bouncy, bass-led song was included in the movie “The Karate Kid,” and its appearance in the movie helped propel the single to No. 9.

The group was fairly quiet over the next two years, hitting No. 3 in the U.K. with their single “Robert De Niro’s Waiting…,” but inexplicably, the infectious song only reached No. 95 on Billboard’s Hot 100. Because of their chart absence, they were labeled one-hit wonders. But they survived the retreat of the British Invasion, returning in 1986 with their cover of the Dutch band Shocking Blue’s 1969 single “Venus.”

Although it reached only No. 8 in the group’s home country, “Venus” hit No. 1 in six countries, including the United States. A year later, as the country was wrapped up in Bon Jovi mania, they managed to secure their third Top 10 single, “I Heard A Rumour.”

In 1988, Fahey quit the band to form the group Shakespears Sister with Marcella Detroit, an American singer-songwriter who co-wrote the 1977 Eric Clapton hit “Lay Down Sally.” The duo had two Top 10 albums in the U.K. and reached No. 4 in the U.S. with the two-faced single “Stay.” Detroit left the group in 1993, and Fahey continued the group as her own project, releasing two more albums.

And then there were two

Meanwhile, Dallin and Woodward continued on, hiring Jacquie O’Sullivan of the Shillelagh Sisters in March 1988 to fill out the trio. The group continued their success in the U.K., reaching the Top 10 twice, but their last Hot 100 hit in the U.S. was “Love, Truth and Honesty,” which peaked at No. 89. It was from their Greatest Hits Collection. In 1989, Bananarama participated in a recording of a cover of the Beatles‘ song “Help!” for Comic Relief. The song reached No. 3 in the U.K.

That same year, Bananarama released a new version of “Cruel Summer,” aptly called “Cruel Summer ’89.” It was redone in a bizarre new jack swing style that was quickly growing in popularity due to Janet Jackson’s Control. It graciously reached number 19 on the UK singles chart.

O’Sullivan left the band in 1992, and Bananarama was now a duo. The two released five albums from 1992 to 2009, finally reaching the Top 20 in Britain after 12 years with “Move in My Direction.” In 2001, yet another version of “Cruel Summer,” which featured Latin instruments, was included on their album Exotica. As if three versions weren’t enough, they released a fourth version in 2009 as a B-side to their single “Love Comes.” 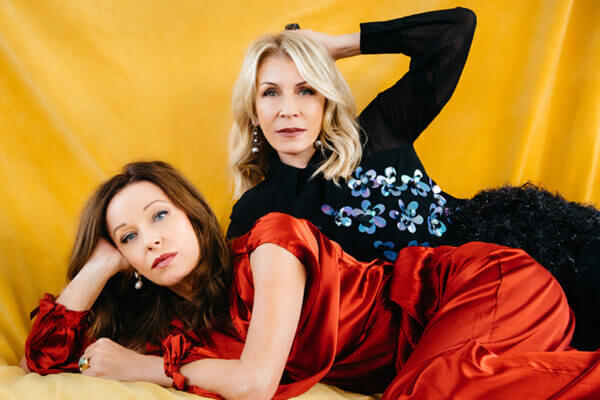 Bananarama as a duo. Photography by Nell Campbell – 2019. bananarama.co.uk

In 1998, Fahey came back to Bananarama, and the three released a cover of ABBA’s “Waterloo” for a Eurovision special. Four years later, the three reunited again for what was supposed to be a final tour to celebrate the band’s 20th anniversary.

But in show business, you shouldn’t ever say “final.” In 2017 Fahey joined Dallin and Woodward for another reunion tour of the U.K. The original tour, which originally consisted of 15 dates, expanded to 25. Over the next few years, they played at various festivals, even performing in the U.S. a few times. In 2019, Bananarama returned as a duo again, releasing their 11th studio album, In Stereo, which reached No. 29 on the U.K. album chart.

In October 2020, Dallin and Woodward released their memoir, Really Saying Something: Sara & Keren – Our Bananarama Story.

In 2022, the group celebrated their 40th anniversary by releasing a new album, Masquerade. The electro-dance album reached No. 22 on the U.K. album chart.

To date, the group holds the record for the most U.K. chart entries in history by a female group. So much for the moniker “one-hit wonder.”

5 thoughts on “What Happened to Bananarama?”