What Happened to Corey Hart? 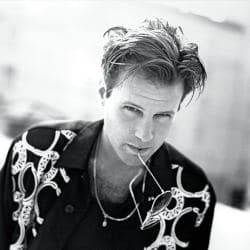 In 1984, all Americans wanted to know was why Corey Hart wore his sunglasses at night (The best excuse, according to the lyrics, is to “keep track of the visions” in his eyes). The mysterious synth-heavy song skyrocketed to No. 7 on the Billboard Hot 100, making the Canadian singer-songwriter instantly famous.

Corey Hart is mistakenly given the moniker of “One Hit Wonder,” but those who follow 80s music and Billboard charts know that he had a hit single in 1985 that climbed all the way to No. 3 — the ballad “Never Surrender,” from his second album Boy in the Box.

All in all, Hart had nine Top 40 hits in the United States and 30 in his native Canada (Surprisingly, “Sunglasses at Night” only managed to reach No. 24 in Canada).

Corey Hart had two hits from his debut album First Offense—“Sunglasses at Night” and “It Ain’t Enough.” Then the aforementioned Boy in a Box was released in 1985, yielding four Top 40 songs in Canada, including “Never Surrender,” which spent nine weeks at No. 1 in his home country, and “Eurasian Eyes,” which was featured on the soundtrack to the movie 9 1/2 Weeks. The album went platinum in the U.S.

Hart was a hot commodity; he was offered a screen test for “Back to The Future,” but he wanted to focus more on his music, and the part went to Michael J. Fox. The rest is history.

He released an album every other year, always succeeding in Canada but failing in the United States. He was dropped from his record label, EMI America, in 1990. After 1992’s Attitude & Virtue on Sire Records, he took a few years off from recording. He wrote five songs for fellow Canadian singer Julie Masse’s new album; the two fell in love and were married.

Hart released a self-titled album in 1996 before penning two songs for Celine Dion’s monster album Let’s Talk About Love in 1997. Another album, Jade, followed in 1998 before Hart and Masse took a break from the music business to raise their family.

Something Old, Something New for Corey Hart 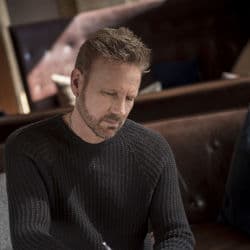 Corey Hart eventually started his own label with help from Sire Records and wrote songs and produced albums for several artists over the next decade, taking time in 2002 to record and remix “Sunglasses at Night” into an electronic dance number. And if that weren’t enough, in 2013, he rearranged the hit again into a song called “Night Visions” with the DJ production team Papercha$er.

In 2014, he released Ten Thousand Horses, an EP of songs that featured duets with his wife, fellow Canadian singer Jane Siberry, and published an autobiography called “Chasing The Sun” that same year.

Since then he’s been performing mainly in Canada; in 2019 he released the EP Dreaming Time Again, and in 2020 he rewrote the lyrics to “Never Surrender,” renaming it “Never Surrender (Angels)” to reflect the determination and resilience of the public in the fight against COVID-19, changing the melody slightly as well. It was released May 29.

And what of “Sunglasses at Night?” Is he tired of it? Apparently not. He told songfacts.com in 2012, “Yeah man, it still feels super cool to hear it — even after all these years.”