What Happened to Debbie Gibson? Debbie Gibson was the Taylor Swift of the 1980s. A young, talented and pretty singer who wrote some of her own songs, the 17-year-old burst onto the scene in 1987 with the album Out of the Blue, which yielded four Top 10 hits, including the No. 1 smash “Foolish Beat.”

The sensation lasted all of two years. Gibson had her last Top 10 hit in 1989. What happened?

At first, she was on top of the world. She went into the Guinness Book of World Records as the youngest person to produce, write and perform a No. 1 song. Her second LP, Electric Youth, went to Number 1, as did her single “Lost in Your Eyes.” She shared ASCAP Songwriter of the Year honors with Bruce Springsteen in 1989.

But too much of a good thing can wear on people. Debbie Gibson was everywhere — on the cover of teen magazines, on MTV, and in retail stores, where her perfume, Electric Youth, and other teen makeup products were being sold. And while Electric Youth was a No. 1 album, it spawned only the one Top 10 hit; three others failed to go that high.

As Gibson grew older, so did her fan base, and they moved on to other dance-pop artists such as Janet Jackson and Paula Abdul. Grunge hit the music scene in 1991, and suddenly there wasn’t room for a female teen idol anymore. But that didn’t stop Gibson. She moved to the theater, starring on Broadway in “Les Miserables” in 1992 and then selling out London’s West End Production of “Grease” as Sandy in 1993 — a part that she got from an audition pool of 800 women.

Gibson then went to the big screen, co-starring with Lorenzo Lamas in the low-budget film “Mega Shark Versus Giant Octopus” in 2009. She reprised her role two years later, this time co-starring with fellow teen sensation Tiffany in “Mega Python vs. Gatoroid.” She did it one more time in the 2014 film “Mega Shark Versus Mecha Shark.” She also had several appearances on celebrity TV shows: “Celebrity Apprentice,” “Skating with Celebrities,” and “Dancing with the Stars.” In 2016, she starred in the Hallmark Channel’s movie “Summer of Dreams.”

All during this time, her presence was called for as a former teen idol. She appeared in Katy Perry’s music video for “Last Friday Night (TGIF)” in 2011, and performed in the “I Want My 80s Concert” at The Theatre at Madison Square Garden in 2015.

In 2016, after the death of Prince, Debbie Gibson came clean on “Oprah: Where Are They Now?”, admitting to using prescription drugs while she was on Broadway. “Performers use prescription medications to get through their careers and their lives ? to get a good night’s sleep and to get that body on the stage because they have to deliver,” she said. “It’s a really serious problem.” 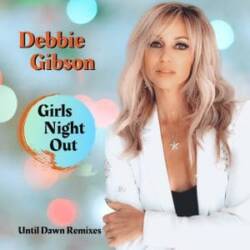 2019 ended up being a comeback year for Gibson, who performed on the Mixtape Tour along with Tiffany, Salt-N-Pepa, Naughty by Nature, and New Kids on the Block. She also released a new single called “Girls Night Out,” which peaked at No. 4 on the Billboard Dance Club chart.

In the COVID-riddled year of 2020, Gibson is working on not one, but two albums. “I love a good ‘I told you so moment’ because I’ve been counted out and told ‘no’ so many times,” she told Newsday. “I’d love to be 50 putting out an album that people of my generation can relate to that also feels modern.”