What Happened to Dexys Midnight Runners? 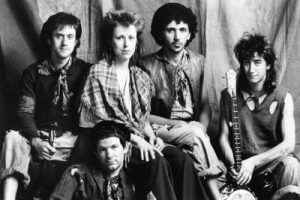 Dexys Midnight Runners were the epitomy of a one-hit wonder: their single “Come On Eileen” reached number one in the UK, Ireland, Australia and the US. It was a monster hit known for its oddness – fiddles, banjos, and an ensemble of poorly dressed, scruffy band members that looked straight out of the casting lot for “The Grapes of Wrath.”

So what happened to Dexys Midnight Runners?

As for most one-hit wonders, “Come on Eileen” was not truly their only hit. Band leader Kevin Rowland had another version of the band that released a song called “Geno” in 1980. It went to No. 1 in the U.K. At that time, they had more brass than banjos, although “Geno” was as much a sonic anomaly during its time as “Come On Eileen” was.

Along with the brass section, the band’s wardrobe consisted of long coats and woolly hats, a look described by George Gimarc’s Punk Diary as “straight out of De Niro’s Mean Streets.” After the success of “Geno,” the band made a few lineup changes, was tossed from their record label, and the follow-up single, “Plan B,” flopped since they had no backing from a record company. 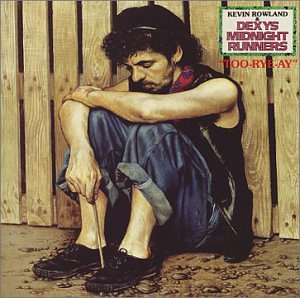 Back to the drawing board. Rowland shuffled members again, this time opting for more strings but adopting an old Celtic-style sound; all that was missing was a washboard and a moonshine jug.

The album they produced, Too-Rye-Ay (whose name was taken from the chorus to the smash hit “Come on Eileen”) was marvelous in its melodies and produced “Eileen” plus a few other standout singles: “The Celtic Soul Brothers” and a cover of Van Morrison’s “Jackie Wilson Said,” which featured the old-sounding Dexys band with saxophones and brass.

Too-Rye-Ay was a success, reaching number 2 in the UK and number 14 in the US. But after that—nothing. 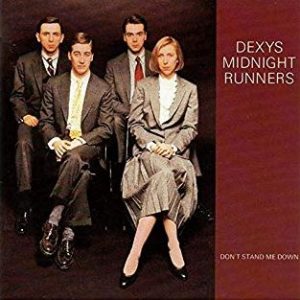 In 1985, the four remaining members released Don’t Stand Me Down, and the chameleon-like group had another wardrobe change, opting for pin-striped suits that looked straight from the Brooks Brothers catalog. The album flopped, and Rowland tumbled into financial and drug-related problems. He tried several times to get the band back together again during the 1990s, and even released a solo album of standards that featured him cross-dressing on the cover. It failed to chart.

The group released a greatest hits album in 1991 and 2003, and the group reformed, this time wearing preppy attire. They released a few singles, and in 2012, now known simply as Dexys, released One Day I’m Going to Soar. It reached No. 13 on the British charts; a fifth album was released in 2016, titled Let the Record Show: Dexys Do Irish and Country Soul, and it clipped the Top 10 in the U.K.

“‘Eileen’ fucked everything up”

Surprisingly, looking back, Rowland looks down on “Come On Eileen.” In an interview with FasterLouder, Rowland said, “‘Eileen’ fucked everything up. It was the biggest single – anywhere – of 1982, entrenched in hen night folklore. How do you follow that? By splitting the band up again (twice again) and then putting out an inspired yet resolutely uncommercial album three years later that didn’t even feature a single.” Even still, though, he remixed Too Rye Ay and released it in 2022 as Too Rye Ay As It Should Have Sounded.

But we still tap our foot and do-si-do whenever we hear “Come On Eileen.” Like it or not, Rowland created an instant classic — one that he never fully recreated.