What Happened to Nena? 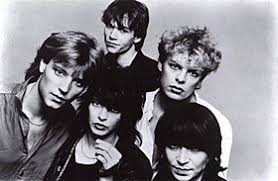 In 1983, the musical world was taken with Nena, a German band whose one hit had an infectious synth bass line, changing tempos and mysterious lyrics about balloons accidentally causing World War III.

“99 Luftballons” and its English-translated counterpart, “99 Red Balloons,” was a monster smash for the pop group, hitting No. 2 on the U.S. Hot 100 behind Van Halen’s “Jump” — the highest position for a West German band since “Fly, Robin, Fly” by Silver Convention spent three weeks at No. 1 in 1975.

The band was named after its lead singer, whose real name was Gabriele Kerner. “99 Luftballons” became a huge hit in 1983 all over Europe, Australia, Japan and New Zealand. It was so successful that the group decided to make an English version, which promptly went to No. 1 in the UK.

The band, however, regretted its decision to record the English version. The band’s keyboardist and song’s co-writer, Uwe Fahrenkrog Petersen, told No. 1 magazine, “We made a mistake there. I think the song loses something in translation and even sounds silly.” To this day, Nena refuses to perform the English version in concert, opting for the original German version.

However, success in the United States was short-lived, as the group is often cited as a perfect example of a one-hit wonder. Their follow-up album in English-speaking countries, It’s All in the Game, failed to chart, as did their single “Just a Dream.”

But in their native West Germany, they had six Top 10 hits, and also did well in Austria and Switzerland. From 1983 to 1986 Nena released four albums and two international albums. They never officially broke up but failed to exist in 1987. Nena’s relationship with the band’s drummer ended that same year.

Nena the lead singer then became Nena the solo artist. She released two solo albums toward the end of the decade that were moderately successful in her home country, but she failed to capture the interest of the rest of Europe and the United States.

Then, as all 80s artists seem to undergo, she experienced a rebirth as a new generation discovered her old hit. She released the album Nena feat. Nena, which contained new recordings of her 80s hits. Her single “Anyplace, Anywhere, Anytime” was re-recorded with Kim Wilde and became a hit in the Netherlands, Austria and Germany in 2003. 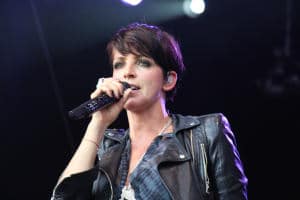 The album made her a star again, and her 2005 album Willst du mit mir gehn yielded the number one single “Liebe ist.” It marked 22 years between number one songs for Nena, which was a record in Germany. Nena created her own record label in 2009, dabbling in techno and hip-hop on some of the releases.

In recent years, Nena has done it all, from acting to writing an autobiography to recording songs for children and becoming a television personality. She even co-founded a school when she was not satisfied with the education her four kids were getting in Germany.

1 thought on “What Happened to Nena?”