What Happened to Soft Cell? 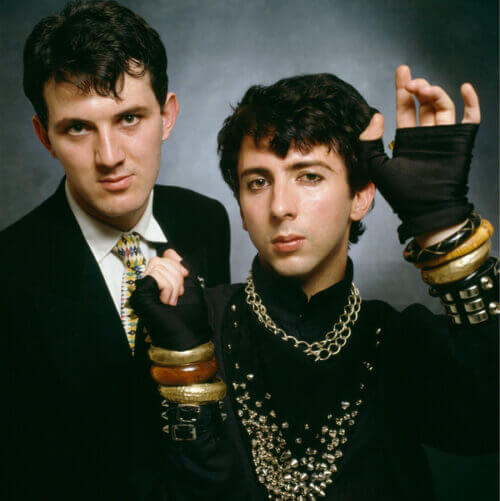 If you don’t recall the duo, then you must remember their 1981 cover of Gloria Jones’ 1964 single “Tainted Love.” The synth- and percussion-laden song was a smash hit worldwide, reaching No. 1 in the U.K. and spending an astounding 43 weeks in the U.S. Hot 100 (peaking at No. 8). The song was paired with the Supremes’ hit “Where Did Our Love Go?” to create a memorable 12-inch single.

Then, at least in the U.S., there was radio silence.

Their 1984 release, This Last Night in Sodom, was vastly different, full of melodramatic torch songs, and it failed to reach the Top 10. It would be their last album together for 18 years.

Almond, the lead singer, went solo, releasing his debut album Vermin in Ermine in 1984. He had already experimented with some side projects, having formed Marc and the Mambas in 1982 and releasing two albums with that group. Over the next 17 years, he would record and release 10 more solo albums with varying degrees of success. He had a minor hit in the U.S. in 1988 with “Tears Run Rings,” and he bounced back to No. 1 in the U.K. with “Something’s Gotten Hold of My Heart” featuring Gene Pitney. His single “The Days of Pearly Spencer” reached No. 4 in 1992—his last Top 10 hit.

Ball, meanwhile, released a solo album in 1983—even before Soft Cell broke up—but he became known more as a producer and remixer, working with Kylie Minogue, David Bowie, Erasure, Pet Shop Boys, Yello, Boy George and the B-52’s. During his time away from Soft Cell, he formed several bands, including Other People, English Boy on the Loveranch, Psychic TV and the Grid.

The Legacy of ‘Tainted Love’

“Tainted Love” haunted their careers. It resurfaced on the U.K. charts in 1985, reaching No. 43. That same year, the experimental band Coil released a creepy version of the song as a B-side to their single “Panic.” In 1991, a re-recorded version of the song was released, sounding very similar to the original. Marilyn Manson covered it in 2001, and both Rihanna and the Veronicas sampled it on their songs. In 2015, “Tainted Love” came in fourth in ITV’s The Nation’s Favourite 80s Number One—behind “Every Breath You Take,” “Billie Jean” and “Total Eclipse Of The Heart.”

The resurgence of 1980s nostalgia at the turn of the millennium was too much for Soft Cell to ignore. In 2001, they announced a reunion and a tour. They followed that with their first album in 17 years, Cruelty Without Beauty, in 2002. Critics lauded the album’s more mature sound and lyrics. But the album made it only to No. 116 on the U.K. album chart, and the second single from the album, a cover version of The Four Seasons’ “The Night,” barely scraped the Top 40 in the U.K., peaking at No. 39.

Then in 2004, tragedy struck. Almond was in a motorcycle accident that left him in a coma for weeks. He suffered multiple fractures, damaged hearing, a collapsed lung and serious head injuries, undergoing emergency surgery twice. The brain injuries brought back a childhood stutter and a short-term memory problem that still affect him today. He had to learn how to sing again and was not seen or heard from for three years. He finally emerged in 2007 with Stardom Road, an album of mostly cover songs that received glowing reviews.

Soft Cell announced one final reunion in 2018—a farewell performance at London’s O2 Arena.  They also released a box set, Keychains & Snowstorms: The Soft Cell Story, which featured nine CDs and a DVD. Half of the tracks consisted of previously unreleased material, and the set included 130 tracks. They later released a singles compilation called Keychains & Snowstorms: The Singles. “Tainted Love” is the second song on the album.

Despite their lack of success across the Atlantic, Soft Cell dominated the U.K. charts in 1981 and 1982, collecting five Top 5 hits during that time. Almond summed up the group’s career at the sold-out farewell concert in London: “Thank you for supporting us. It’s not been an easy ride, but there have been moments of magic. In other words, it’s been a blast.”