What Happened to the Sundays?

At the height of the alternative scene in the 1990s, they were adored by fans all over the world, some of whom carried a huge crush on lead singer Harriet Wheeler, but the group never quite seemed to cross over into the mainstream. They recorded three strong albums, and poof!—they disappeared. Literally. (And I hate using the word “literally.”)

The core of the group was lead vocalist Harriet Wheeler and guitarist David Gavurin, who started dating at Bristol University in the mid-1980s. The duo added bassist Paul Brindley and drummer Patrick Hannan when they moved to London and started making demo tapes.

Their atmospheric sound resembled a cross between the Smiths and the Cocteau Twins—moody, heartfelt and melodic. Wheeler and Gavurin made a great time, with her strong but childlike voice soaring over his minimalist jangling. After a bidding war ensued, they signed with Rough Trade Records and in 1990 released Reading, Writing and Arithmetic—one of the greatest debut albums ever and certainly a top 5 album of the 1990s.

Things were looking up for the band. But then, after the success of the group’s first album, Rough Trade went under, and the Sundays were without a label. They quickly signed with Parlophone Records, but their sophomore album, 1992’s Blind, didn’t fare as well. Darker and less varied, the album seemed to home in on the dream-pop sensibilities of their first release and nothing else.

The single “Love” went to No. 2 on the Modern Rock Chart, and their cover of the Rolling Stones’ “Wild Horses” was featured on the cult hit television series “Buffy the Vampire Slayer.” But the album stalled at No. 15 on the U.K. album chart and didn’t even crack the U.S. Top 100.

Perhaps stung by the lukewarm reception that Blind received, the group went on hiatus, and Wheeler and Gavurin settled down and had a child in 1995.

The Sundays finally released their third album, Static & Silence, in 1997, but the music industry had changed. Alternative music had blown its course, and by then the buying public had moved on to artists such as Hanson, the Verve and Mariah Carey.

The band had changed their music slightly; the group had added bright horns to some songs such as the single “Summertime,” taking some of the gloom out of their atmospheric sound. The album was their highest achievement on the U.S. and U.K. charts, reaching No. 33 and No. 10, respectively.

Then, there really was static and silence. Nothing. 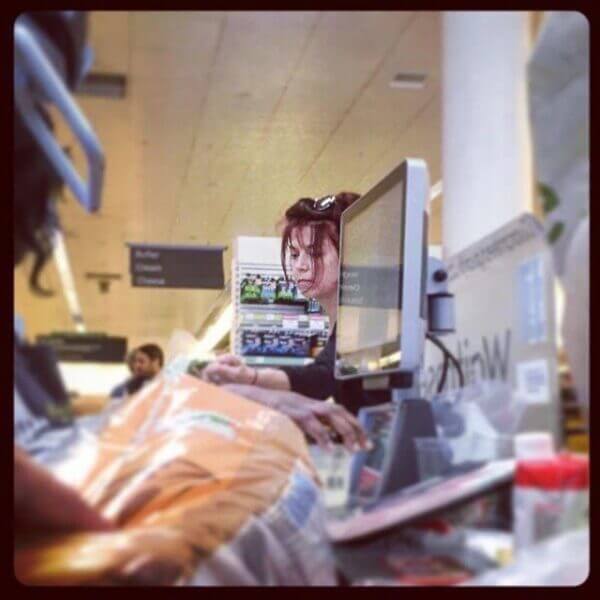 Is this Harriet Wheeler???

It was as if the group fell off the face of the earth. Fans went searching for Wheeler and Gavurin, who had had another child, and there were reported sightings, including one of Wheeler at a supermarket. It was like a cryptozoological sighting; rumors were stronger than real reports.

In 2014, a fan who also happened to be editor of American Airlines’ in-flight magazine found Wheeler and Gavurin, who admitted that they had written some things and were mulling the possibility of recording again. “First let’s see if the music we’re currently writing ever sees the light of day, and then we can get on to the enjoyable globe-trotting-meets-concert-planning stage,” they said.

Then nothing again. Late in 2014, comedian and novelist David Baddiel told a radio show that “they [Dave and Harriet] are doing music, but whether they ever put that out there, I’ve no idea.” In 2019 writer David Obuchowski made it his quest to interview someone from the Sundays and actually got in touch with Brindley, but he declined an interview.

Obuchowski supposedly found Wheeler and Gavurin’s address but demurred at showing up on their doorstep. “The Sundays are fine just as they are. They don’t want to be bothered,” he wrote in an essay explaining his failed attempt.

Paul Brindley started Music Ally, “a knowledge and skills company for the modern music industry.” Patrick Hannan is the only one of the four to continue playing, having played drums with the indie rock band Theaudience as well as session work with many artists, including Robyn Hitchcock, Katrina Leskanich (Katrina & the Waves) and Kitchens Of Distinction. He currently works as a sound engineer and tour manager.

Here’s Where the Story Ends

So fans trade stories on Facebook, replay Reading, Writing & Arithmetic countless times, and trade B-sides and bootleg shoes like they’re lost Beatles tracks. We may never hear anything from the Sundays again, but I’m a Beatles and Jellyfish fan. I’m used to false hopes and disappointment. We have what we have, and that’s fine with me.