What Happened to Tiffany? 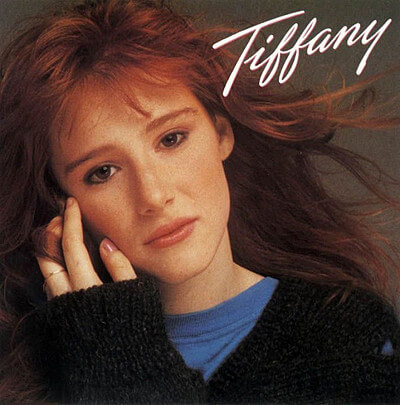 Fifteen-year-old Tiffany worked her way to stardom in 1987 by singing covers of bubblegum 60s covers at shopping malls, rocketed to fame with a No. 1 single, and fell to earth almost as quickly.

Born Tiffany Darwish in 1971, she had been singing professionally since she was 10 years old when she signed a contract with manager George Tobin in 1984. She took second place on Ed McMahon’s Star Search (Think “American Idol” in the 80s) and landed a recording contract with MCA, who released her self-titled LP in 1987. The first single, “Danny,” tanked on the charts, failing to even crack the Hot 100.

So then Tobin sent her off on the now-famous mall tour, where she performed in food courts to hundreds of screaming pre-teens. The strategy worked, and her version of Tommy James & the Shondells’ “I Think We’re Alone Now” shot to No. 1 and stayed there for two weeks. (Interestingly, it was replaced at No. 1 by another Tommy James number, Billy Idol’s cover of “Mony Mony.”).

Her next single, the ballad “Could’ve Been,” also went to No. 1, and her cover of the Beatles hit song, retitled “I Saw Him Standing There,” reached No. 7. The self-titled album sold 4 million copies and reached No. 1 as well. At 16, Tiffany became the youngest female artist to have a No.1 album and the youngest to have two consecutive No.1 singles.

Then legal troubles began to brew. Tobin and Tiffany’s mother became embroiled in a legal battle about control over Tiffany’s career. It ended with Tiffany asking to be emancipated from her mother, and she eventually went to live with her grandmother. Tobin had control over her finances, taking as much as 50 percent off her album and singles sales and 20 percent of her concert and merchandising earnings.

Her second album, 1988’s Hold an Old Friend’s Hand, was a disappointment, yielding only one Top 10 hit. It would be the last album to chart in the United States, peaking at No. 56. She left Tobin once she turned 18, opting for the same management that was handling New Kids on the Block.

Tiffany tried to reinvent herself as a hard-rock/rap artist on her aptly named album New Inside. It failed to chart, and Tobin was back. Her 1993 album Dreams Never Die was released only in Asia, and although it was a success there, she couldn’t get it released in the United States. Tobin and Tiffany then parted ways again.

In 2000, Tiffany released her comeback album, The Color of Silence, which garnered positive reviews for its no-holds-barred approach to rock. Then controversy hit as the singer, trying to shed her image as “the mall girl,” posed for the April 2002 issue of Playboy. Fans were shocked, and it didn’t do much for her career, either.

In 2005, she appeared on the U.S. and U.K. versions of “Hit Me Baby, One More Time,” a show in which former pop stars sing their biggest hits along with a cover version of another song. She fared better in the U.K., making it to the finals before losing to Shakin’ Stevens. In the United States, she lost to Arrested Development.

Staying in the Spotlight

Over the next few years, she struggled for celebrity status: 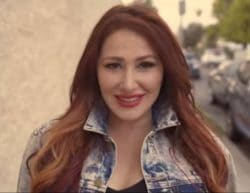 Since then, she’s been returning to her roots, releasing a rock version of “I Think We’re Alone Now” along with a video. She went on tour that same year, hitting 53 cities with New Kids on the Block, Salt-N-Pepa, Debbie Gibson, and Naughty by Nature. She also went on a 40-city North American tour to promote her 10th studio album, Pieces of Me.

Tiffany has been married twice and has a 17-year-old son from her first marriage.