The Cure’s Influence on Music 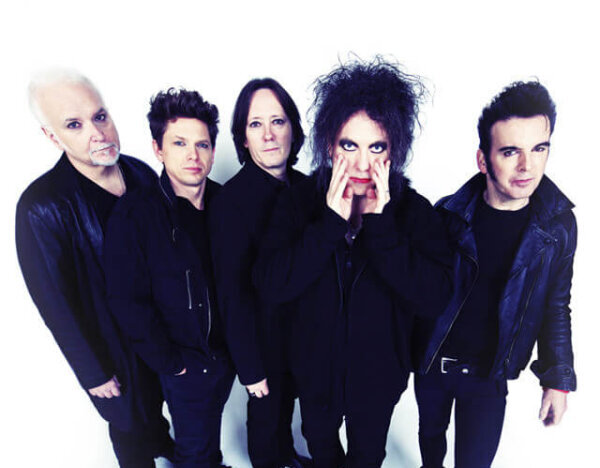 In March, the post-punk/Goth-turned-pop band was inducted into the Rock & Roll Hall of Fame; they just celebrated the 30th anniversary of their landmark album Disintegration; and they announced their first new album in 11 years — an album that lead singer and founding member Robert Smith described as “dark” and “incredibly intense.” It hasn’t seen the light of day yet due to COVID and bickering among the band members; we hope to see it soon.

Not bad for a band whose leader just turned 62 years old. And yes, he still sports mascara and teases his hair into a rat’s nest.

Since their debut in 1979, the Cure has been a huge influence on music. Their dreary dirges laid the foundation for the Goth movement in the 80s and influenced numerous shoegaze bands; their albums Seventeen Seconds, Faith, Pornography, Disintegration and Bloodflowers are chaotic and depressing but, at least in Disintegration‘s case, are laden with sometimes glorious (“Plainsong”) and peaceful synthesizers (“Untitled”). The Cure didn’t get depressed and moved on; they wallowed in it.

But that wallowing injected emotion in their songs, and teens searching for meaning turned to music and found Smith feeling exactly as they did. Take, for instance, the bleak track “Cold” from Pornography: “Everything as cold as life (Can no one save you?) / Everything as cold as silence (And you will never say a word)”.

Toward the mid-1980s, Robert Smith and whoever was in his revolving door of a band at the time took a decidedly pop turn. It started in 1985 with the jazzy “Close to Me,” which featured trumpets — trumpets! — and the smooth, jangly acoustic guitar of “In Between Days.” With each subsequent album, with the exception of 2000’s Bloodflowers, they turned more mainstream, with songs such as their first Top 40 hit, the perfectly sublime “Just Like Heaven,” and the wonderfully bubblegum “Friday I’m In Love.” You had to wonder what those Goths wearing black thought of their former idols.

The lyrics also grew more upbeat and, dare I say it, downright cheery. “The sun is up / I’m so happy I could scream,” Smith proclaimed on “Mint Car,” from 1996’s Wild Mood Swings. They refused to be pigeonholed into a morose Goth band, and their singles showed a certain pop mastery from Smith that was missing from most of their earlier albums. He, like his fans, grew up, and his musicianship and songwriting blossomed.

It’s the Cure’s longevity and their contributions to the post-punk (and eventual alternative) scene that earned them entry into the Hall of Fame after 15 long years of waiting. Despite their later experimentation with pop, they haven’t had much chart success — two top 10 albums and one top 10 song (Disintegration‘s despondent “Lovesong”) in the U.S. (Their success across the pond has been more pronounced, with eight top 10 albums and four top 10 singles. The Brits always have it figured out before us.)

The Cure’s influence on music has paved the way for groups such as The Jesus and Mary Chain, Interpol, Smashing Pumpkins, and eventually, the third British Invasion of pop of the 1990s that consisted of Blur, Suede, Curve and the Chemical Brothers. Uproxx described them as “a sleeper cell lurking in the architecture of modern pop, influencing new generations of ponderous, gorgeous songs designed to guide teens through their most epic wallows. Indie, emo, Soundcloud rap, even mainstream pop — all of it has been touched in some way by the influence of The Cure.”

True, the Cure has dreamily passed through the 80s, 90s and 2000s with a small but dedicated legion of fans who hung on every despondent word that came out of Smith’s mouth. And he definitely has things to say — he has minced no words in declaring his distaste for such acts as Queen, U2, Wham!, Whitney Houston and Morrissey. But no one has been able to pour such angst into songs as Smith has, with lyrics so beautiful and haunting and morose, fit to music that equals the mood. I leave you with lyrics from “Untitled,” from 1989’s Disintegration: