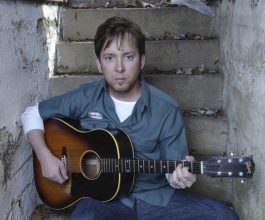 Will Owsley died April 30 of an apparent suicide. He was 44. And it was way too soon.

We have no idea what was going through his mind before he took his own life — maybe he suffered from chronic depression, maybe financial or personal issues were taking their toll on him. But I can’t help thinking that he was a victim of the typical indie musician’s curse: not enough exposure and appreciation for his work.

Will Owsley was part of a rising Nashville pop music scene. He was part of my new hope for music, one that valued melody and chord progressions over style and hype. He got it.

Owsley was born in 1966 to a musical family. He learned how to play guitar at 9 and worked as a roadie for his brother’s rock band. When he was 20, he moved to Nashville, where he and Millard Powers formed a band called the Semantics, which also featured drummer Zak Starkey (Ringo Starr’s son). They recorded an album in 1993, but Geffen refused to release it. According to Owsley’s website, the record company said it was “too pop for alternative, and too alternative for pop”— a problem many power pop bands have.

Owsley’s self-titled solo album, released in 1999, was nominated for a Grammy Award for Best Engineered Album. He began collaborating with first-tier artists such as Shania Twain, the Neville Brothers, Faith Hill and Michael McDonald. And he was Amy Grant’s session guitarist for a number of years.

But fame and success were elusive. Two more albums failed to capture any attention, and by the late 2000s he found himself playing guitar for teen sensations Selena Gomez and the Jonas Brothers. How hard was that — knowing you had plenty of talent, but watching teenagers whose careers were created by Disney make platinum records, assisted by auto-tune and your own guitar playing?

Suicide is always a waste. It’s selfish and too tragic and melodramatic. He left behind two children who may never understand why he did what he did. But they will have his music. And I hope that they can listen to it and appreciate the amazing gift that he had. That’s what I’ve been doing all weekend.