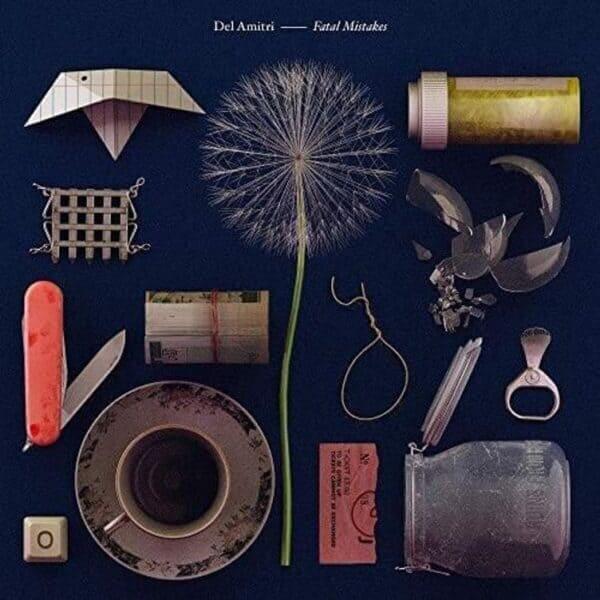 “Is this a revival, or just the last breath at the end of the regime?” asks Justin Currie in “All Hail Blind Love,” the second track from Fatal Mistakes, Del Amitri’s first album in 19 years. The Scottish pop-rockers have been on hiatus since their last album, 2002’s Can You Do Me Good? Music has changed since the group last hit the charts with 1995’s “Roll to Me,” and Currie, the frontman and group’s de facto leader, is approaching 60.

And while the lyrics on Fatal Mistakes have grown a bit darker and more introspective, Del Amitri seems to have picked up where they left off music-wise, with memorable melodies and superb orchestration that leave you wondering why they waited two decades for a new album.

Granted, Currie never retired. He’s released four solo albums which could have been lost Del Amitri albums. His songwriting chops are still sound, and they’re apparent on the first track, “You Can’t Go Back.” His voice hasn’t lost a bit in 20 years. The song is made of the same cloth that they cut most of their singles — a joyous guitar riff with Currie’s somewhat husky singing and sometimes soaring voice: “They can’t destroy us / We put the seal on it / So be joyous ’cause once the fuse is lit / You can’t go back,” he sings.

“You Can’t Go Back” is a joyous moment in an otherwise somber look at life and love. With titles like “I’m so Scared of Dying, ” “Missing Person” and “Lonely,” Currie’s songs show a penchant for sarcasm and sometimes grim topics. Even on such innocent titles as “It’s Feelings,” he complains, “Cause it’s feelings that cut you / It’s feelings I can’t bear.”

The group performs these gut-wrenching songs with the most charming, beautiful music, which has always been their strong suit. They’ve captivated us with melodies from songs such as “Tell Her This,” “Be My Downfall,” and “Kiss This Thing Goodbye.” And they don’t let us down with Fatal Mistakes. On the first single, “Close Your Eyes and Think of England,” Currie plays a bittersweet piano accompaniment that swells with drums and guitar to a majestic but sobering peak.

“It’s Feelings” seems like a lost demo of the memorable “When I Want You” from 1989’s Waking Hours.  But the too-short “Mockingbird, Copy Me Now” may be their finest moment in 40 years. Clocking in at 2 minutes and 23 seconds, it’s reminiscent of the Beatles’ “Mother Nature’s Son,” with  an accordion and bass drum joining an acoustic guitar in a lovely ballad.

There’s really no excuse to wait for 19 years to hear that Del Amitri are still at the top of their game. Let’s hope we don’t have to wait a long time for the follow-up.