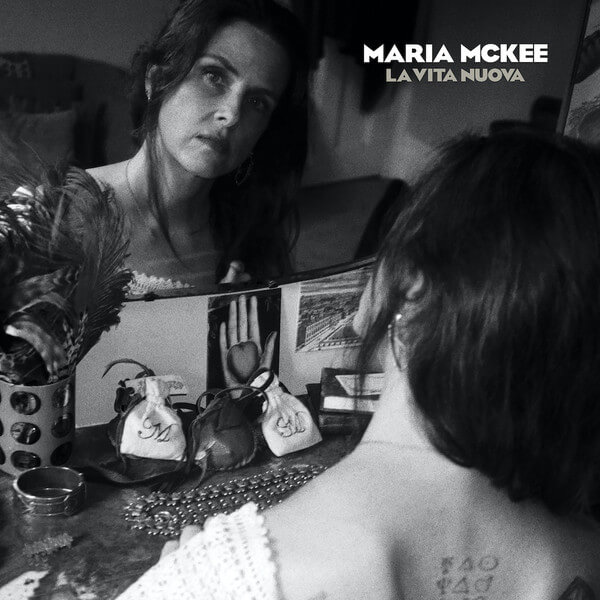 It’s been 13 years since Maria McKee gave us an album — 2007’s uninspired Late December. It’s been 17 years since she gave us something as emotional as 2003’s High Dive, which was almost a sequel to her stunning breakaway from alt-country, the Bowie-influenced Life is Sweet.

This year, she makes the sequel a trilogy with La Vita Nuova, a collection of torch songs to her life, however complicated it may be getting. She recently came out as queer, and with that came a host of other issues, not the least of which was what would become of her marriage to filmmaker Jim Akin. It’s not up to us to wonder, though. On La Vita Nuova, McKee reminds us that our life’s decisions — and how we are made — are complicated, mysterious and unforgettable.

The songs themselves begin simply, like Maria’s life, but then become intertwined in a beautiful 19-piece orchestral accompaniment that somehow weaves its own countermelodies to McKee’s voice. At times operatic, at times soft and touching, her voice has never failed to sway people, and she proves that she still has it. On the acoustic-tinged “Effigy of Salt,” she tests her vocal acrobatics with lyrics that sometimes confound the mind but are nonetheless sung with an expression of love and passion.

“Your kinetic architecture is evolving like a science before my eyes / And this geometry that haunts and so perplexes me and that lack of stillness which I find so mesmerizing,” she sings on “I Should Have Looked Away,” “so long ago.” McKee, who splits her time between Los Angeles and London now, has spent time reading Keats and Dante, from which the title of the album comes.

Translated “The New Life,” it’s a fitting title for a woman who at 55 has seen it all, from her early years as a darling of the cowpunk scene, singing songs by Tom Petty, to her 90s rebirth as an alt-country star to the declaration of independence of 1996’s Life is Sweet, which failed spectacularly due to a lack of support by her record label.

She could be talking of herself on the title cut when she says, “From you sweet child, my phantom past I’ve taken clean and tender bones / To hang the skin of all the vast and troubled wisdom I have known.” But whatever demons she is looking to exorcise lend to the drama of the music, which is moving — sometimes as gentle as a single piano on “Right Down to the Heart of London,” and sometimes swirling and powerful as on “Let Me Forget.”

But with all the talk of a new life, of complications and metamorphoses, the music is still central to McKee’s output, and her tenderness shows on songs such as “I Never Ask.” With a moving baritone melody moving through the accompaniment, McKee’s soothing voice gracefully trickles over words such as “diaphanous,” with phrasing that brings to mind “I’m Not Listening” from Life Is Sweet. The sounds are similar to her album High Dive, with the piano as centerpiece, orchestral flourishes and acoustic guitars sprinkled throughout. But at no time does it approach her alt-country past; in fact, this is as far from You Gotta Sin to Get Saved as one can get.

Her record company admits that “one may need to listen more than once to connect with the confessional narrative that is held in subtext.” It’s complex, but hell, so is life. We all take U-turns and sudden swerves, and McKee is showing us that however troubling we might find that, it’s still sweet, as she exclaimed so many years ago.