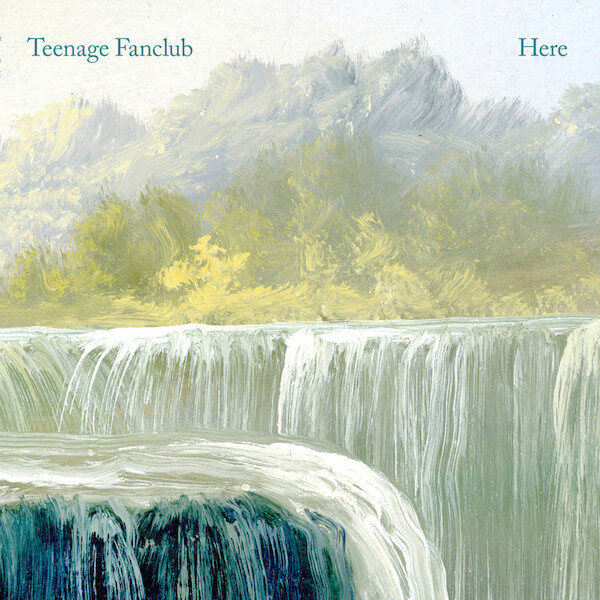 It’s been 26 years since Teenage Fanclub debuted their raucous, guitar-heavy A Catholic Education. With each subsequent release, the guitars have grown increasingly quiet, the harmonies more apparent. They peaked creatively from 1995 to 2000 with three perfect albums – Songs from Northern Britain, Grand Prix and Howdy!. Since then, their output has slowed down, with members pursuing side projects; it’s been six years since their last album, 2010’s Shadows, and that showed up five years after Man- Made.

The members of the group, now entering their 50s, have mellowed even more, and that’s not a bad thing. Here, their latest release, is almost atmospheric in its sound, with orchestral flourishes, synthesizers, and an occasional guitar solo.

Still on hand are the rich harmonies the band has perfected over the years, and nowhere is this more apparent than on the outstanding opening cut, “I’m In Love,” the best song they’ve written in a decade. It’s disappointingly short, for the harmonies are there, and songwriter Norman Blake’s straightforward singing is dead-on. Blake seems to take the domestic side of love, not so much focusing on the emotional need of having someone, but the overall joy one experiences in having a partner. “It feels good / With you next to me / That’s enough, that’s enough,” he sings.

The group is a lot like the Beatles in that they have three talented songwriters on staff. In fact, the three each have contributed four songs each to the album – something the Fab Four should have done late in their careers. Gerard Love, fresh off his esoteric side project Lightships, contributes several laid-back songs. “Thin Air” sounds like some of his more uptempo songs of the past, but “The Darkest Part of the Night” is full of acoustic guitars and orchestral touches.

“I Have Nothing More to Say” brings to mind the swirling sounds of Tangerine Dream, a German electronic group from the 80s – that’s how far they have come. Raymond McGinley’s songs are down-tempo and somber — a rarity for Teenage Fanclub songs.

Apart from the opening track, the album is serious, introspective and grown up. Which is exactly what Teenage Fanclub has become in their later years. It’s an album to be experienced as a whole, not picking your favorites and saving them to a playlist. It also shows that they have so much more to say, and aren’t ready to hang things up yet. Here’s hoping we don’t have to wait another six years for another album. I can’t wait to see what they evolve into next.