What Happened to Rick Astley?

Perhaps no singer has dominated pop culture in such a unique way as Rick Astley. He burst on the scene in 1987 with his love-it-or-hate-it dance single “Never Gonna Give You Up,” retired a millionaire six years later, and then found a second career as an Internet joke in 2007—one that still permeates the world today. How did that happen, and whatever happened to him? Is Rick Astley alive, and if so, what is he doing now? 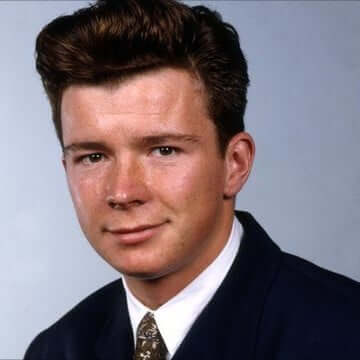 Astley was a 19-year-old drummer in a band in Lancashire when he moved to London to learn the recording business. He was hired to fill a variety of roles before he got a chance to record his own songs, one of which was “Never Gonna Give You Up.” By then, the 21-year-old singer looked and sounded like he was 41, with a short pompadour haircut, snappy clothes, awkward dance moves and a deep baritone voice. The image didn’t fit with the song, but that didn’t matter. “Never Gonna Give You Up” was a Number 1 hit in 24 countries, including the United States.

His follow-up single in the United States, which sounded exactly like the first song right down to the electronic drum beat, was “Together Forever,” and it was his second Number 1 hit there.

He switched to an R&B sound in the early 1990s, and his song “Cry for Help” hit the Top 10. But the sensation had worn off by then, and his next album, a more grown-up contemporary release, Body & Soul, yielded only one Top 30 hit. He retired that same year at the tender age of 27, having amassed a small fortune from his dance songs.

Then the Rickroll hit. 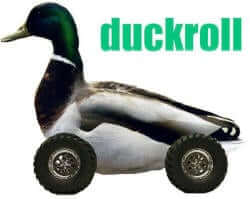 The Rickroll started as a 4chan gag in 2007 in which users clicked on a link only to be confronted with an image of a duck with wheels. The prank grew when a 4chan user pretended to link to a trailer for the newly released “Grand Theft Auto IV” game but sent users instead to a video of “Never Gonna Give You Up.” The joke spread further on April Fools Day.

In February 2008, during Anonymous’ protests against the Church of Scientology, the song was played from boomboxes, performed, and shouted ad nauseam. By April 1, 2008—roughly one year after the first prank—YouTube got in on the joke and redirected every featured video on its front page to the music video.

By then, an estimated 18 million people had been “Rickrolled,” as the term became known to be. Astley’s career blossomed again; in November 2008, he was nominated for “Best Act Ever” at the MTV Europe Music Awards after fans bombarded the online nomination form. He won in a landslide.

Astley became a radio celebrity in the UK, hosting several shows over the next few years. He released the album 50 in 2016 and Beautiful Life in 2018, both of which hit the UK Top 10. His latest compilation, The Best of Me, also went Top 10.

Astley popped up again in pop culture in 2016 when Melania Trump seemed to quote lyrics from “Never Gonna Give You Up” during a speech at the Republican National Convention, saying of her husband, “He will never, ever give up. And, most importantly, he will never, ever let you down.” Plagiarism or Rickrolling? “There’s still a part of me that’s not 100 percent sure that’s what she was doing,” he told Rolling Stone. 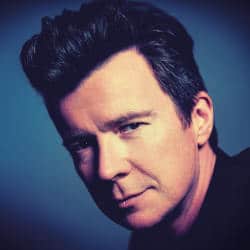 Astley was embarrassed by his newfound fame at first but eventually grew to embrace the craze, which still pops up from time to time. “I have no problem with it,” Astley said. “It’s done me a lot of good, probably. The thing is it’s not personal to me, even though I know it is me and it’s my name in the title of Rickrolling. It’s that video that I’m in, it’s that song that’s mine, but it could have been anybody.”

At 54, Rick Astley still looks like he did when he was in his teens— like he’s 41 years old. He lives in the UK with his wife, film producer Lene Bausager, and they have one daughter.

In case you missed it above, here it is again.

3 thoughts on “What Happened to Rick Astley?”