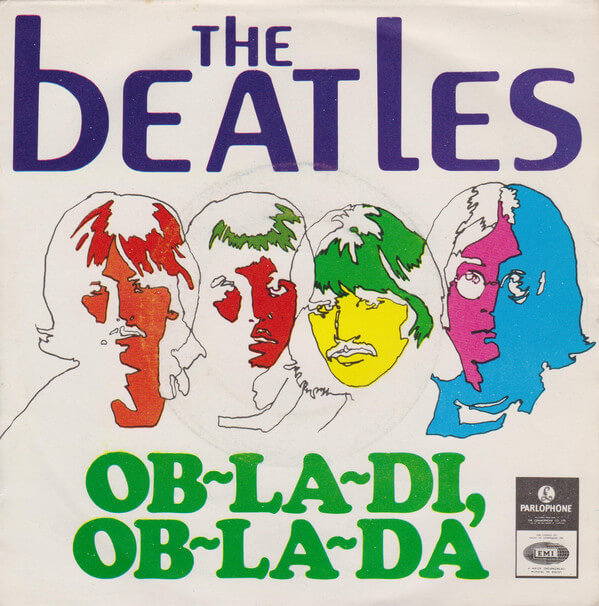 The Beatles continue to astound even science, 50 years after they broke up.

The group’s song “Ob-La-Di, Ob-La-Da” has been christened the “perfect pop song,” according to scientists at the Max Planck Institute in Germany.

According to Consequence of Sound, researchers analyzed 80,000 different chord progressions from 745 songs recorded between 1958 and 1991. They then assigned the chords a score via machine learning for how “surprising” it was compared to the chord before it.

Chord progressions from 30 of the songs were then played to volunteers, stripped of both lyrics and melody to make the original song they were taken from unrecognizable. The volunteers were then asked to rate how enjoyable each chord was.

The group rated “Ob-La-Di, Ob-La-Da” the highest, followed by Genesis’ “Invisible Touch” and B.J. Thomas’ “Hooked on a Feeling.” Other songs that scored well were  “I Want You Back” by The Jackson 5, “There She Goes” by The La’s, “When It’s Love” by Van Halen, and “Red Red Wine” by UB40 — all excellent tunes.

Even with “Invisible Touch,” I can see the surprise each song’s chords provide, which is what makes pop music so enjoyable. I’ve talked about tension on this blog before, and an unexpected chord creates that tension, urging the mind to resolve the tension (which the song usually does).

According to The Times, Vincent Cheung, a doctoral student at the institute, said, “It is fascinating that humans derive pleasure from a piece of music just by how sounds are ordered over time. Songs that we find pleasant strike a good balance between us knowing what is going to happen next and surprising us with something we did not expect.”

What’s also surprising are the different genres the study covered — judging from the Top 7, we have pop, hard rock, R&B and reggae represented. That diversity shows that it’s not really the style of music that’s important. What’s important, at least according to the study, are the chord progressions.

Which is what makes the inclusion of “Ob-La-Di, Ob-La-Da” so intriguing. Paul McCartney used only four basic chords that are used in almost every pop song: I, IV, V and vi. It’s McCartney’s ability to take a simple melody and drive it into your brain that makes it the perfect pop song.

“Ob-La-Di, Ob-La-Da” is not one of the Beatles’ best-known hits. It was written primarily by McCartney for the White Album and was hated by John Lennon, who called it one of “Paul’s granny shit.” The song hit No. 1 in Europe in 1969 but was not released in the U.S. until 1976, where it reached only #49.

And now it’s been deemed the greatest pop song in history. Take that, John.