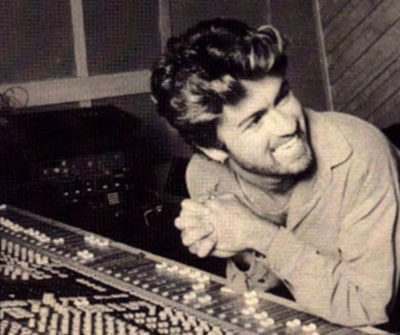 Just when you were running out of time, when you couldn’t wreak any more havoc on the pop world, you had to go and do one more evil thing.

This one hurts just as much as David Bowie and Prince did. George Michael, the superstar with the amazing voice who created some of the 80s and 90s’ most melodic tunes, died yesterday at the age of 53.

It’s as if my past is quickly dying before my eyes. Like Madonna, George Michael, with Wham! and as a solo artist, always seemed to be one step ahead of the Zeitgeist, paving new roads in pop and R&B. Faith, his first solo album, was the first album by a white artist to go to No. 1 on the R&B chart.

Over the last 20 years his music career had stalled, as he was relegated to jokes about restrooms after hours and his sexuality took center stage. But from 1984 to 1990, there was no one bigger in the music industry. He had a voice that amazed Brian May of Queen – one that rivaled Freddie Mercury’s, so much that he was invited to sing “Somebody to Love” at the Freddie Mercury Tribute Concert in 1992. His “Wake Me Up Before You Go-Go” was the most infectious song since “Come on Eileen” – almost forcing you to snap your fingers and clap your hands – and dance.

“Freedom” was pure bubblegum but catchy as hell. “Careless Whisper” was a little melodramatic but still topped the charts. But he proved that he could write sincere ballads with “Kissing a Fool” and “One More Try,” two throwbacks that made him more of a singer of standards than a rock star.

His album Faith sold 20 million copies and spawned the 50s-era sounding title cut and the controversial “I Want Your Sex,” a song whose title Kasey Casem refused to refer to when announcing it at the top of the charts. Like Madonna, he invited controversy sometimes.

He was a darling among women fans, a sex symbol despite his androgynous public persona. Swinging his buttocks to the video for “Faith,” he realized that people were focusing on him more than his music. So he released Listen Without Prejudice Vol. 1, which literally pleaded with people to listen to his music, not focus on him. The video for his outstanding single “Praying for Time” featured just the lyrics to the song – no footage of him – and his second single, “Freedom ’90,” featured supermodels lip-synching to his music – again, no focus on him.

The result was an outstanding album with acoustic guitars, laid-back arrangements and serious lyrics. “These are the days of the empty hand/Oh you hold on to what you can/And charity is a coat you wear twice a year,” he sang on the sobering “Praying for Time,” one of my favorite songs and an admitted guilty pleasure.

Details are still emerging about his death at such a young age. Music has lost an immense talent. George Michael has left behind a string of hits that people like me will remember from their adolescence – a time when music took precedence over lyrics, and songs had a melody. He was a master at this, until Listen Without Prejudice Vol. 1, in which he revealed a more personal side of him and focused on lyrics as well as the music.

“You look for your dreams in heaven / But what the hell are you supposed to do when they come true?” he wrote in the reprise for the song “Waiting.” Superstardom hit him hard, and he struggled to get people to recognize him as an artist.

Listen to him again. Appreciate his talent, his voice, his legacy. And mourn yet another fallen talent from 2016.