The Beatles: Get Back (Review) 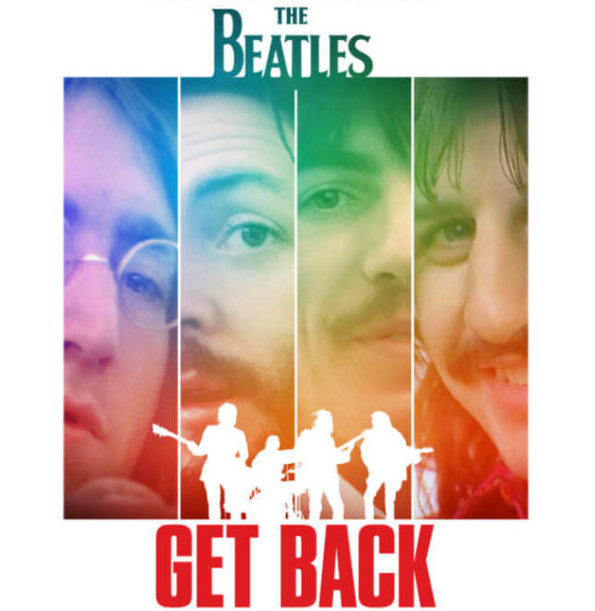 One black mark on the Beatles’ legacy has always been the Let It Be project. Many have called the recording sessions the beginning of the end for the Fab Four, and the release was delayed until a month after the band broke up. During the sessions, the band members bickered and fiddled around, not doing much to create an album, and the resulting LP and film seemed to confirm that notion. It’s easily their worst effort since 1964’s Beatles for Sale (and I’m sure some would argue that Beatles for Sale is better).

That’s been the Gospel for 52 years until now. It took Lord of the Rings director Peter Jackson to save the day and rewrite history. He pored over 60 hours of video footage of the Let It Be sessions, whittled it down to eight, and presented us with The Beatles: Get Back, a marvelous, complete picture of what really happened to the band in January 1969.

Director Michael Lindsay-Hogg first tried to compile the footage, and his finished product, 1970’s Let It Be, is dreary, at times unsettling, but mostly just plain boring. In contrast, Jackson has found the story that Lindsay-Hogg failed to find and has made the sessions come alive — most of the time.

Making an Album in 3 Weeks

When the sessions for the as-yet-unnamed project began, the band decided to film the writing and recording of 14 new songs to play live to fans after only three weeks. It would have been an easy thing to do in the early days, when manager Brian Epstein kept them on a schedule and producer George Martin ruled the studio. But in January 1969, Epstein was dead, leaving them without a “central daddy figure,” as Paul McCartney calls it. Martin had been “demoted” to executive producer for the album. He is seen rarely during the documentary and speaks even less.

As a result, the four have no direction, no purpose, and McCartney tries to rein them in and play producer and manager. This leads to the famous squabble between him and George Harrison, in which Harrison sarcastically says, “Whatever it is that will please you, I’ll do it.”

Part 1 of the documentary takes place at Twickenham Studios, and the mood is grim. Harrison leaves the band — the “cliffhanger” that ends the first of three parts — and you see the cracks starting to show around the veneer of the group. The day after Harrison leaves, only McCartney and Ringo Starr show up to rehearse, and a worried McCartney wonders what will happen to the band.

But, needing a change of scenery and being forced out due to the filming of The Magic Christian, they retreat to the basement of Apple Records, and the mood inexplicably changes. John Lennon, previously aloof (and possibly stoned) at Twickenham, wakes up and begins enjoying himself. He and McCartney are like the songwriting duo of old, trading jabs, rehearsing in strange voices and playing anything that comes into their heads. And the songs begin to develop. Perhaps it’s Billy Preston, who joins the sessions at Apple, who puts the band on their best behavior. His enthusiasm, smile and professionalism rub off on them. He is, for at least a few weeks, the true fifth Beatle.

And of course, the documentary concludes with the famous rooftop concert, and we get to see the drama that unfolds as the police enter Apple’s headquarters. Will they finish the concert? Will they be arrested? Of course, we know the answers to these questions, but Jackson manages to juxtapose the concert with the police officers’ reactions and the opinions of the crowd that forms below.

Much has been made of Yoko Ono’s presence in the movie, and she has used reviews to absolve herself of being the villain in Beatles history. And for the most part, that’s true. She isn’t a villain. During the documentary, she stays quiet during rehearsals and recordings, reading the newspaper or knitting. Linda Eastman, McCartney’s then-girlfriend, also makes a few appearances at the sessions, so it seems like a non-issue. But her presence, at least in John’s life, is noted by the other Beatles. At one point, when he and Starr are the only two to show up at the studio after Harrison’s exit, McCartney says of the controversy, “John didn’t talk, so Yoko talked for John.” He also says:

It was Lennon’s dedication to Ono that drew a wedge between him and McCartney. McCartney admits that the two aren’t as close as they were when they were “in the same hotel, up at the same time every morning, all day.”

Starr is surprisingly silent, and his bored mood in the Let It Be film extends to Get Back. Not even Peter Jackson can fix this. He seems almost like a session drummer, ready with the sticks whenever the other three need him. His only shining moments are a joyful duet he plays on the piano with McCartney and his casual audition of “Octopus’ Garden,” which goes unnoticed at first but then catches the attention of not only Harrison but also Martin and Lennon, who joins in on drums.

The unsung star of the documentary, though, is the beloved Mal Evans, road manager and personal assistant to the Beatles, who seems to be in every other shot, either taking orders for food, unpacking equipment or writing down lyrics to the songs that are pouring out of the band. He seems genuinely happy to take part in the rehearsals as well, hitting the anvil with gusto on a demo of “Maxwell’s Silver Hammer.” It shows what a central figure he was in the Beatles’ lives, and it’s good to see.

The revelations in Get Back are few; we know so much about the band and their recording sessions that nothing surprises us anymore. Still, the rockier version of “Two of Us” with McCartney playing bass sounds intriguing if not better than the version that made it onto the album. And hearing McCartney come up with a working version of “Get Back” in 90 seconds, evolving from mindless strumming on his bass guitar, shows what a songwriting genius he is. Later, McCartney, Lennon and Harrison seem to have their own language that begins flowing as they offer suggestions to each other on how to make the songs better.

The morale and spirit of the Beatles came out of the sessions worn and cracked, but the members of the Beatles were happy enough with each other to begin recording Abbey Road three weeks later. What happened between then and April 10, 1970, when McCartney made his historic announcement, will still be debated. There doesn’t seem to be a definitive answer in the Apple vault for that one.

1 thought on “The Beatles: Get Back (Review)”